Drugged Driving is as Dangerous as Drunk Driving 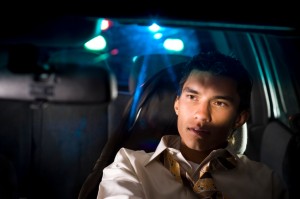 Statistics prove a connection between drug use and car accident deaths. According to the Governors Highway Safety Association, 38 percent of people killed in car accidents in 2013 had detectable levels of impairing illegal and legal drugs in their system. This is almost the same percentage that tested positive for alcohol.

The most common drugs detected in fatal car accidents were:

Alcohol-impaired driving is still a major contributing factor in fatal car crashes. But, drunk driving has decreased in recent years, and drugged driving has been on the rise.

According to a news report in Ozarks First, the risk of being in a crash is two times higher when drivers have a blood-alcohol concentration of .09 compared to a driver with .07. Drivers are four times as likely to be in a crash with a BAC of .1. It’s more difficult to put specific numbers on drivers who have drugs in their system, but many states are currently debating how to regulate drug impaired driving.

There are 15 states that have zero tolerance laws for drug impaired driving. Other states, such as Oregon, have decriminalized the recreational use of marijuana, but haven’t put marijuana-impaired driving laws on the books. It is unclear if lawmakers in Missouri will change the laws to deter drivers from getting behind the wheel while impaired by drugs.

A driver does not have to face criminal charges or traffic citations to be held civilly liable for causing a crash. A Missouri car accident attorney can help injury victims seek compensation for injuries and damages sustained in a DUI crash.