The Importance of Information in Tractor Trailer Accident Litigation

Don’t Become a Statistic After a Tractor Trailer Accident

There are over 250 million vehicles registered in the United States. About 2.5 million of those are tractor trailers. It’s worth understanding some basic information in case you are in a crash with one of the estimated 2.5 million trucks on the road.

What to Do After an 18 Wheeler Accident

Despite the ever present number of 18 wheelers on our highways, no-one really expects to be involved in an accident with one. In fact, the thought of the devastating consequences if an 18 wheeler losing control and hitting another vehicle is enough to drive most drivers off the road altogether. But motorists do continue to share roads throughout the country with these massive vehicles and accidents do happen. In order to take advantages of your rights when involved in an 18 wheeler accident, there is a procedure to follow. 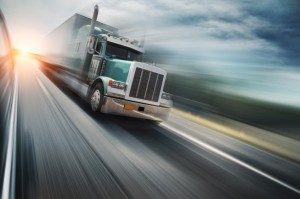 The first thing you should do is protect yourself from further injury and get anyone else who has been injured to the hospital. END_OF_DOCUMENT_TOKEN_TO_BE_REPLACED

How to Receive Compensation After an 18 Wheeler Accident 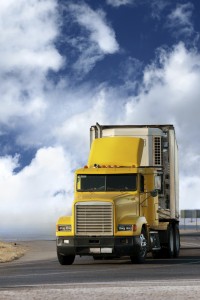 Every year, there are estimated to be more than a quarter of a million large truck accidents throughout the country, including 18 wheelers. This estimation puts your chances of being injured in an 18 wheeler accident as quite high, whether as a passenger or a driver in another vehicle. Eighteen wheeler truck drivers are constantly under pressure to reach their destination without any delays so they may not take the required rest times while on the way. This means they can be a danger if they lose concentration due to fatigue or exceeding the speed limit in their rush to meet deadlines.

Fortunately, anyone who is injured in an accident with an 18 wheeler can file a personal injury claim against the person responsible for the injuries. END_OF_DOCUMENT_TOKEN_TO_BE_REPLACED

The Importance of Preserving Evidence After a Truck Accident

Your chances of receiving fair compensation after a Missouri truck accident are greatly increased when you have sufficient evidence to back up your claims. It’s crucial to secure and preserve evidence right after an accident. The insurance companies involved in your case may only preserve the evidence they want to. Important pieces of evidence may never be preserved if you aren’t proactive about securing it. Trucking companies often   have first response teams that are skilled at investigating and collecting the evidence they want. END_OF_DOCUMENT_TOKEN_TO_BE_REPLACED

To receive fair compensation after a Missouri truck accident, it is important to secure certain documents from the truck driver and the truck company. Driver logs, delivery receipts, bills of lading, any other similar documents can help prove your case against a negligent truck company and its driver. The more evidence you secure, the better your chances are of recovering the money you are entitled to for your injuries.